Ubuntu 11.04 a.k.a Natty Narwhal alpha 3 has just been released. There has been a lot of changes made since the release of Alpha 2. Some of the key changes are upgrade in the software packages, Unity has been made more flexible, many changes are done in ares like AppMenu, Ubuntu software center, Ubuntu One and so on.

There is a also awesome tweak in the live disc which allows you upgrade to Natty directly, we will be discussing how to do so in the next post.

Take a look at the video for knowing more about the alpha 3 version. Here are some screenshots.

– Dash and the Unity launcher have undergone a lot of changes and the rest of Ubuntu-specific applications  like AppMenu, Ubuntu Software Center, AppIndicators and Ubuntu One have some minor changes. 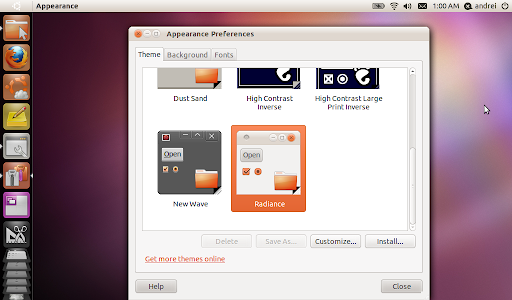 – Ubuntu 11.04 alpha 3 displays an overlay over the Unity launcher with all the available keyboard shortcuts – to do this you must press and hold the Super key (Windows Key)

– Dash has a new design and is now full-screen on netbooks but not on a desktop.

– You can now maximize Dash on a desktop (notice the icon on the lower right corner).

– Searching for Unity applications and file places has improved.  You can now sort the applications files by type.

-The Unity launcher has nice hide animations: fade and slide, slide and fade only

-Ubuntu 11.04 Unity launcher has the normal autohide behavior and intellihide.

The Ubuntu 11.04 live cd now has upgrade support which allows upgrade from older Ubuntu versions deirctly via Live disc. This is very useful for sloe Internet users. from older  installer finally got upgrade support so you’ll be able to upgrade from older Ubuntu versions using the CD (very useful for those with bad or no internet connection). Besides this cool new feature, the Ubuntu 11.04 Natty Narwhal alpha 3 partitioner got a new design.

What’s Next on Schedule

Download Ubuntu 11.04 Natty Narwhal alpha 3 – remember, this is an alpha version so do not use it on production machines. Its better to wait for the full release.

Thanks to Webupd8 for the images and video

Install the New Gradio 7.0 on Ubuntu

Install the New Gradio 7.0 on Ubuntu